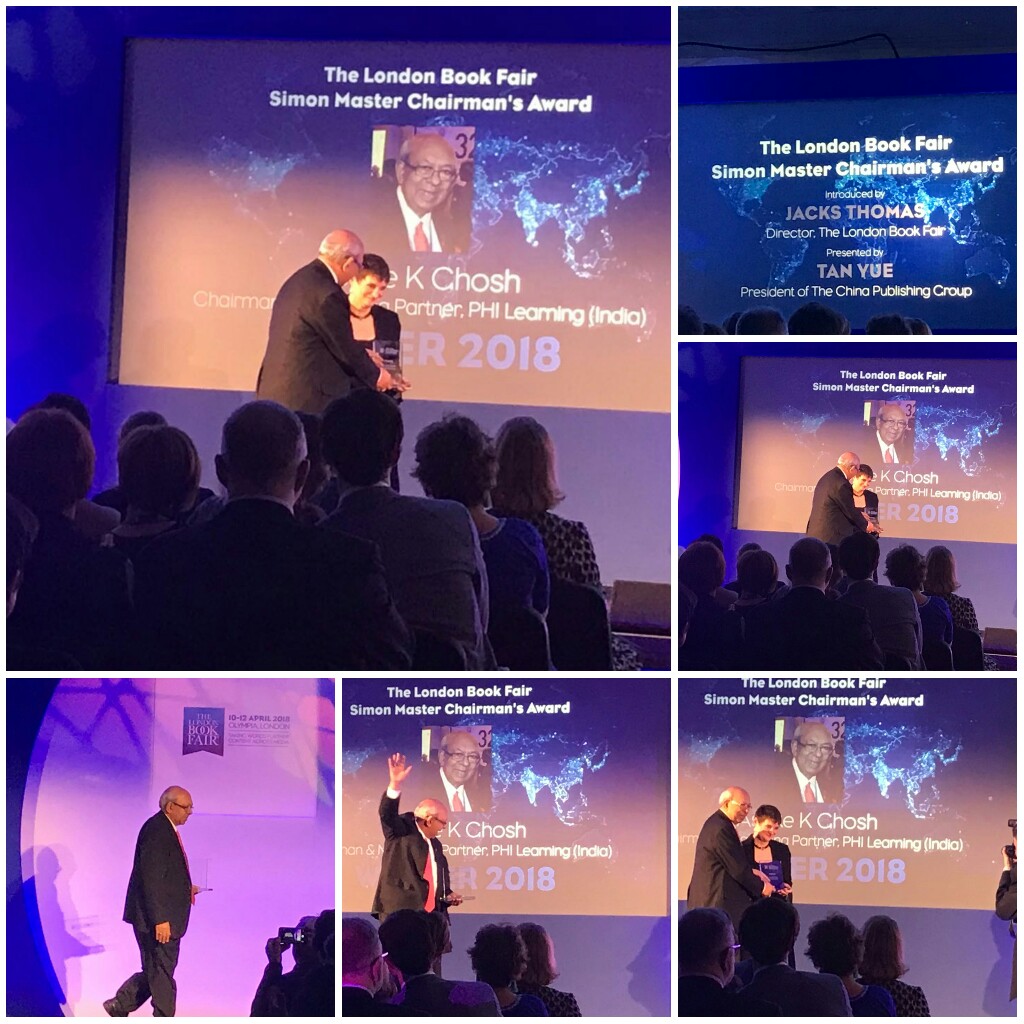 We take pride in sharing news of another award for our CMD, Mr. Asoke Ghosh, the Simon Master Chairman's Award which was conferred on him at the London Book Fair on Tuesday, 10th April 2018 for his contribution and impact on global publishing.

The Simon Master Chairman’s Award is a prize of distinction, which is awarded to commend an outstanding contribution to the global publishing industry.

Throughout his extensive career, Simon Master, the first non-Executive Chairman of The London Book Fair Advisory Board, made a huge contribution to the publishing sector and the Simon Master Chairman’s Award is named in his honour. The award is now in its fourth year and this year it was given to Mr. Asoke Ghosh. With this award he joins the list of the such previous awardees as 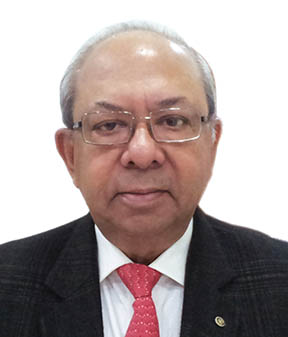 A Moment of Pride

It is a moment of pride and great honour for PHI Learning that its Chairman and Managing Director, Mr. Asoke K. Ghosh, a trendsetter and a pioneer in publishing the affordable world-class books on a mass scale in the early 1960s, has been unanimously conferred the honorary title of President Emeritus of Federation of Indian Publishers (FIP). In the past also, he has been conferred with innumerable prestigious awards and honours including the Most Distinguished Publisher Award by the FIP. His tireless and dedicated efforts brought in high regard and recognition to Indian Publishing among the global leaders.

He has also been recently adjudged as Honorary Adviser of Indian Reprographic Rights Organization (IRRO) a society which grants Licences, in respect of any Literary Work in which copyright subsists, for reproduction (with Limitations), on behalf of Rights holders, i.e. Owner of Copyright of any Literary Work such as Authors, Publishers, and so on. Established in 2000, IRRO was registered as a Copyright Society under the Indian Copyright Act, 1957 in June 2002. International Forum for Reproduction Rights Organisations (IFRRO) has recognised IRRO by including it as a Member of IFRRO.

From the very beginning, he foresaw the huge potential of Indian academia and thus decided to encourage eminent academics and scientists from reputed institutions to write standard books that prepare students of this digital age to excel in their career.

Under his leadership, the standard of PHI publications in computer science attracted the global software giant Microsoft, who has a publishing partnership with him for producing a large number of Microsoft technology books in India at an affordable price to cater to the needs of Indian students, especially economically weaker section. He has been regularly representing the country by participating in the International Book fairs to promote homegrown publications and Indian academia all over the world, and thus contributing to our Prime Ministers “Make in India” policy as well. 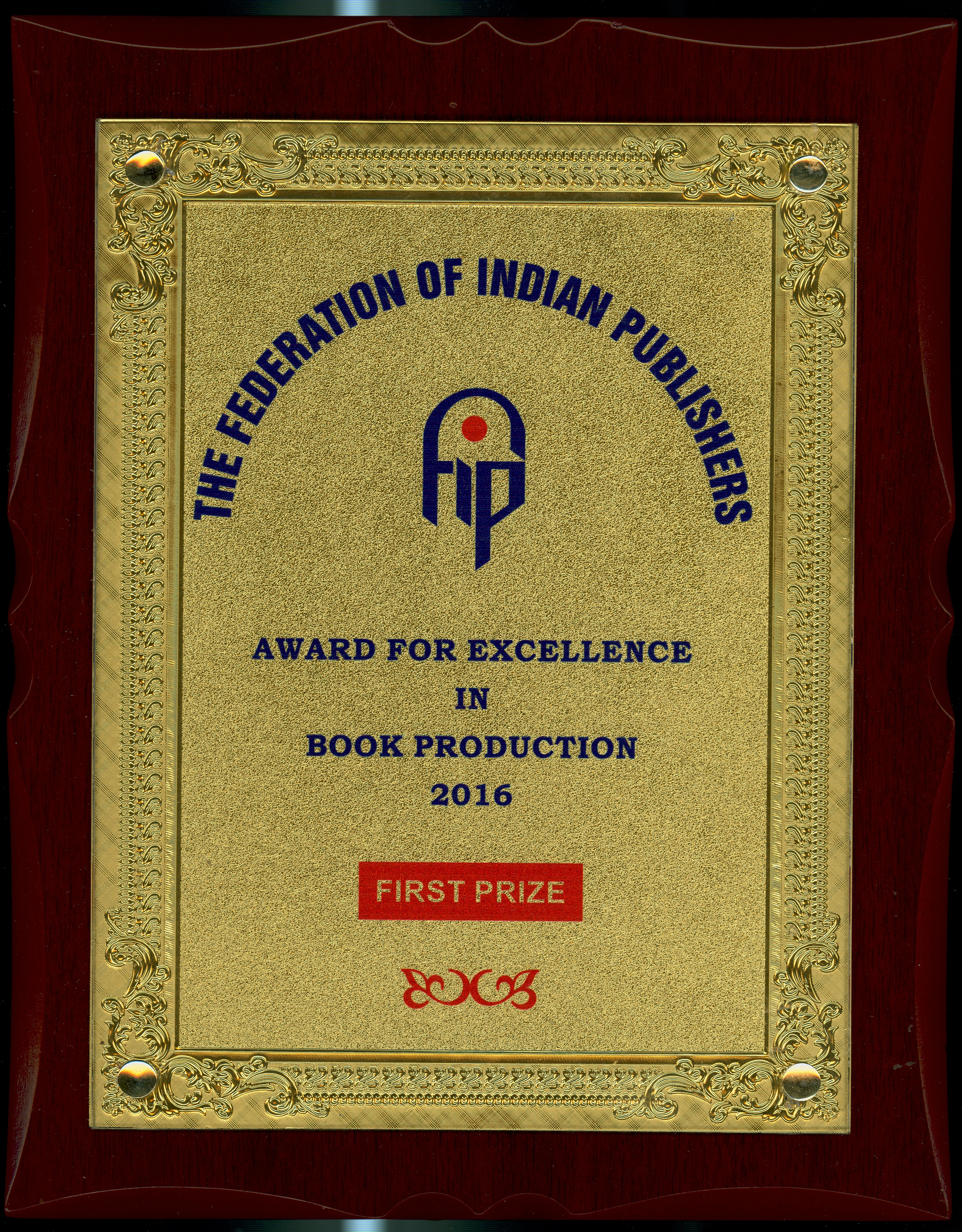 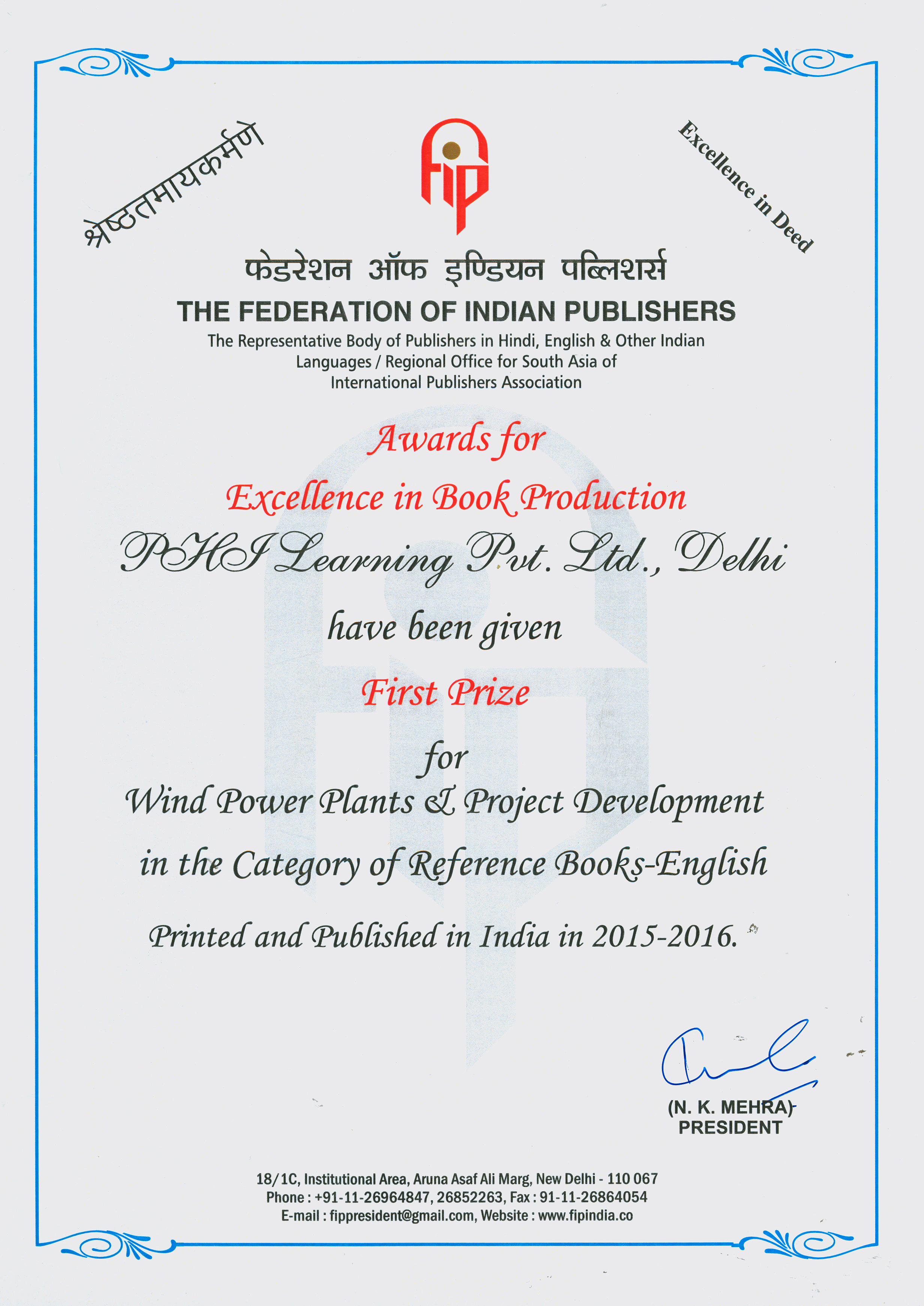 » Second Prize for Information Technology : Theory and Practice in the category of Text Books: Colleges (English) 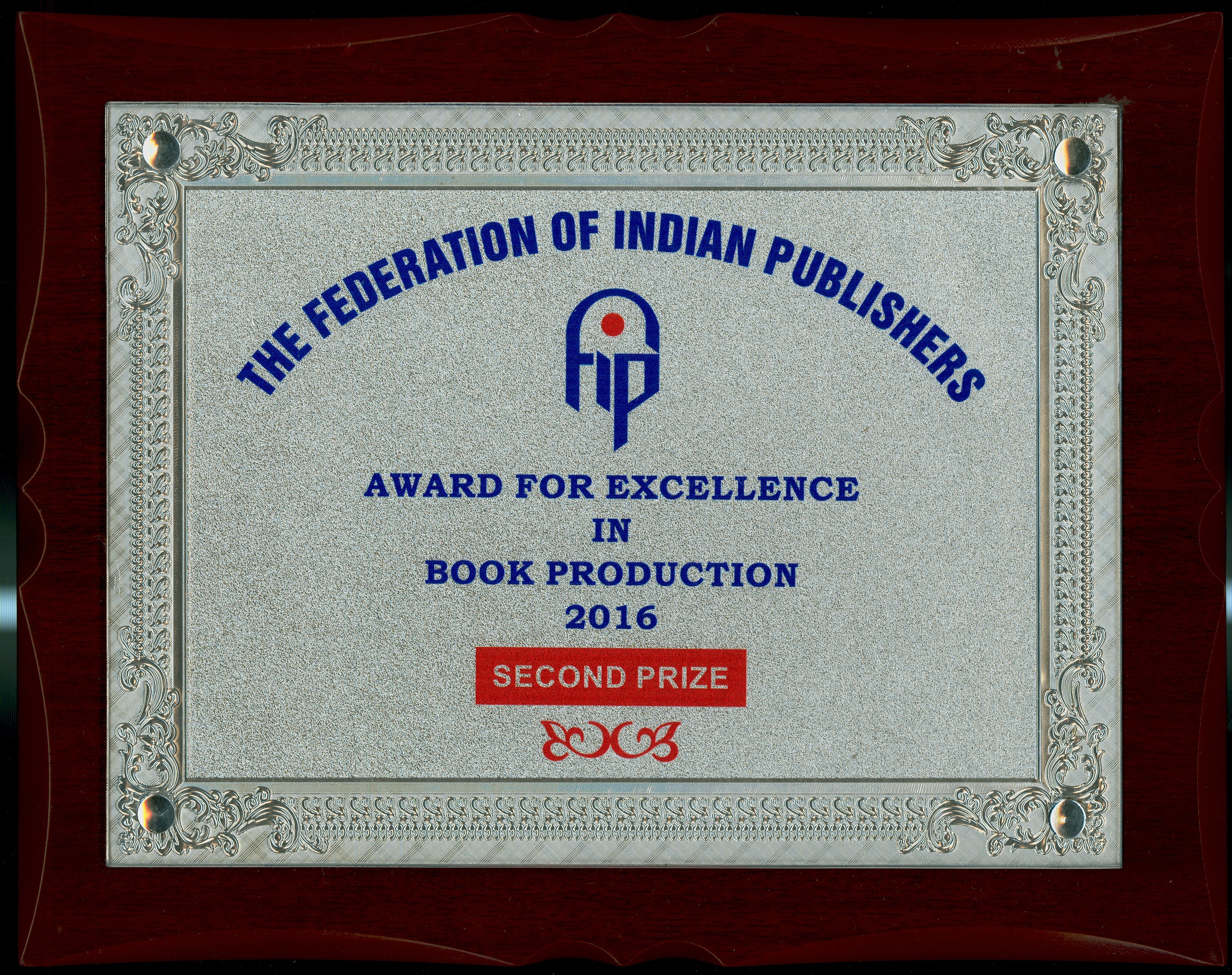 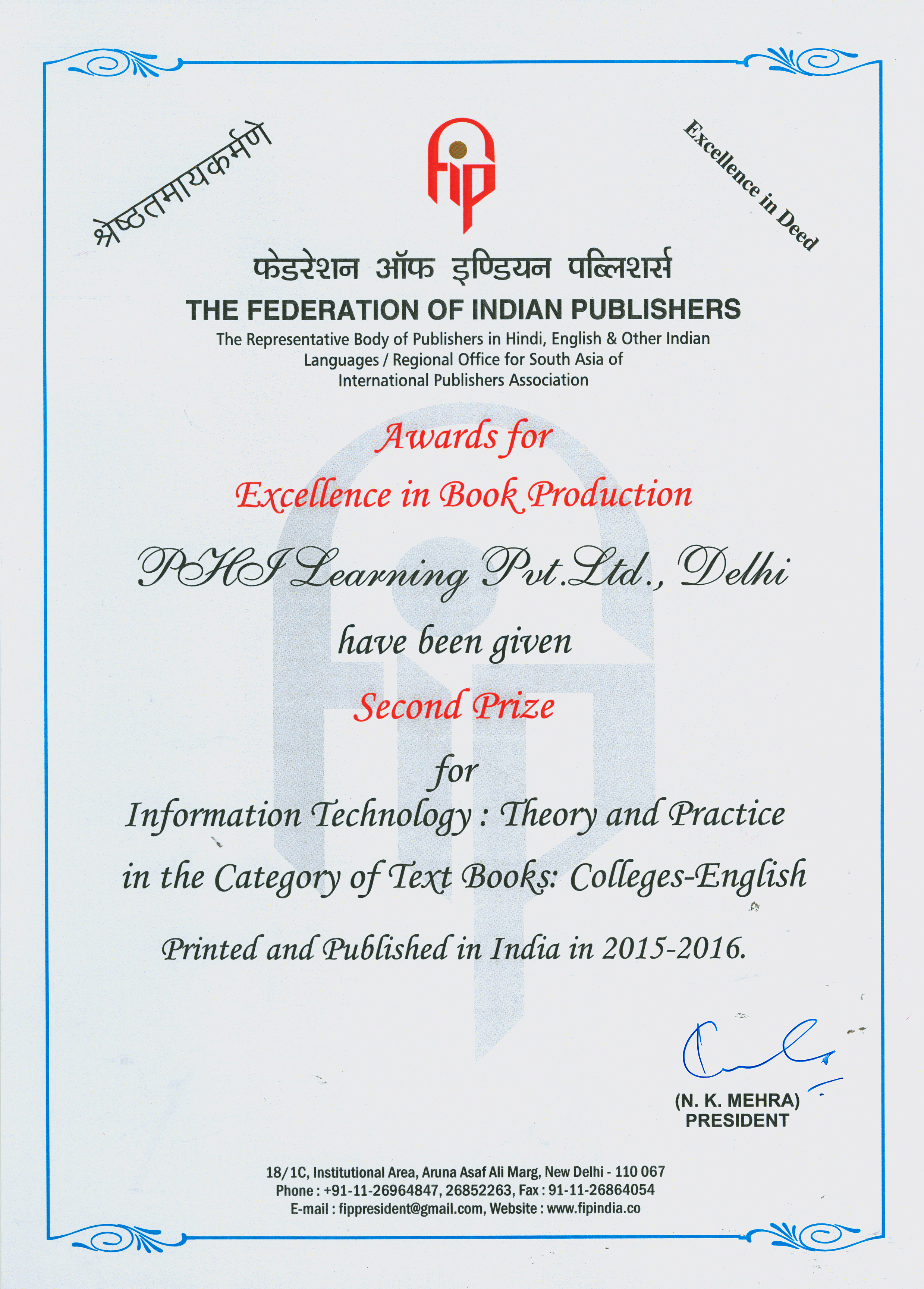 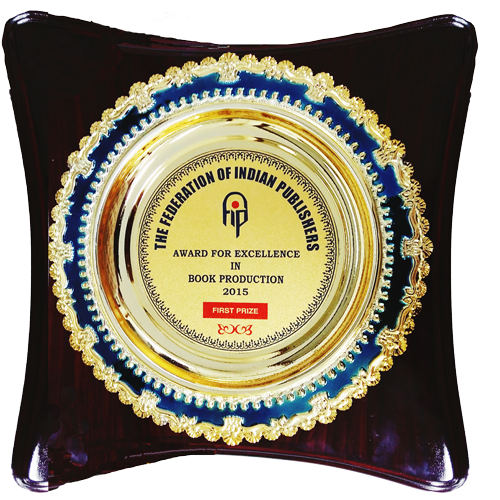 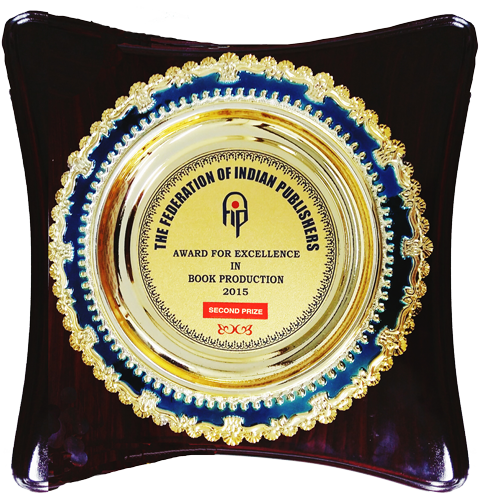 » Certificate of Merit for Solar Photovoltaics - Fundamentals, Technologies and Applications (Third Edition) in the category of Scientific/Technical/Medical Books (English) 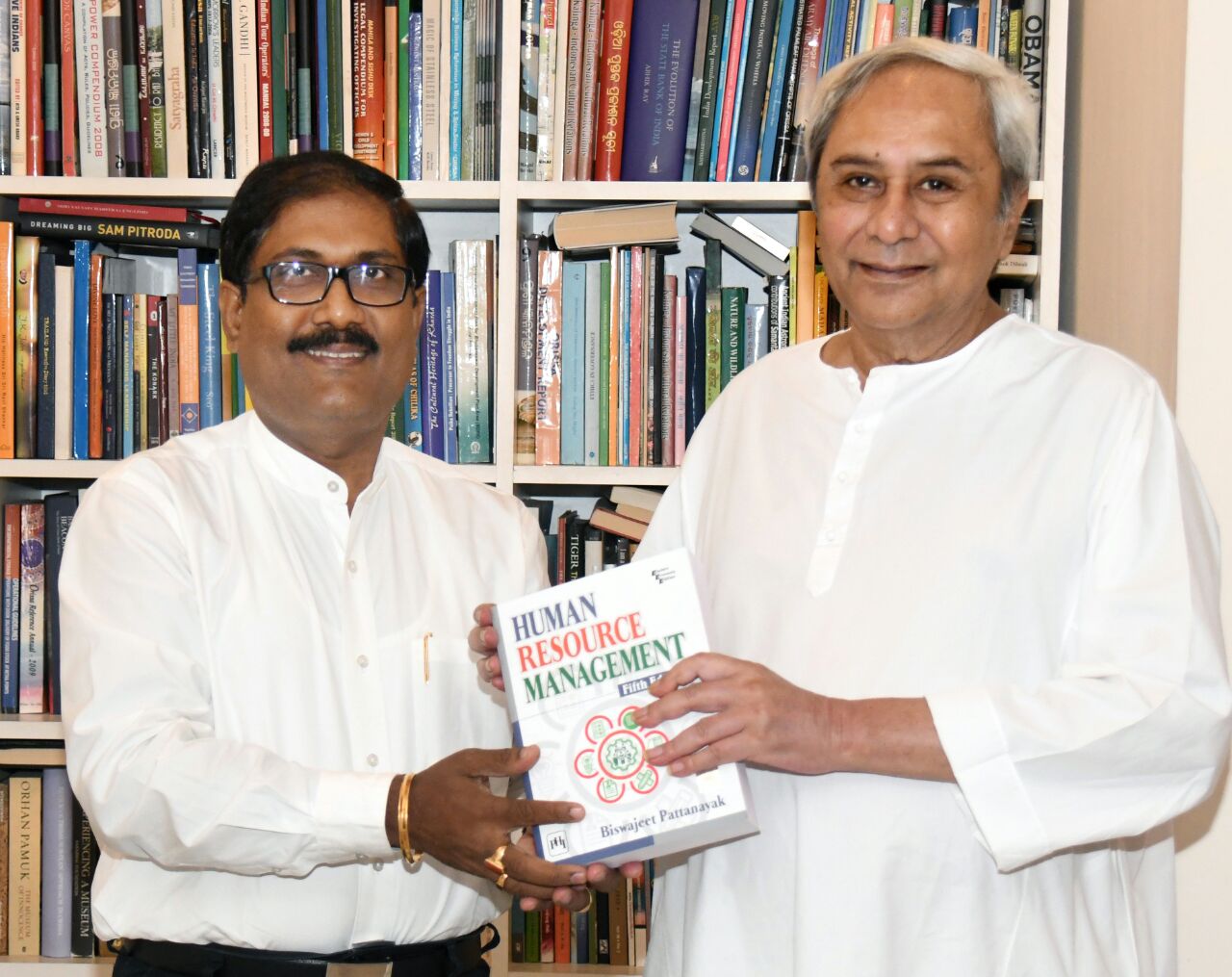 Our book ‘Human Resource Management’ by Prof Biswajeet Pattanayak was released by the Chief Minister of Odisha, Shri Naveen Patnaik on 2nd June 2018.

Simhadri appreciated the book which deals with different variables of the society which influence various facets of political dynamics. 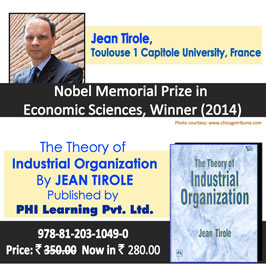 The Royal Swedish Academy of Sciences has awarded the The Sveriges Riksbank Prize in Economic Sciences in Memory of Alfred Nobel for 2014 to Jean Tirole, Toulouse 1 Capitole University, France, "for his analysis of market power and regulation

The science of taming powerful firms

Jean Tirole is one of the most influential economists of the time. He has made important theoretical research contributions in a number of areas, but most of all he has clarified how to understand and regulate industries with a few powerful firms. 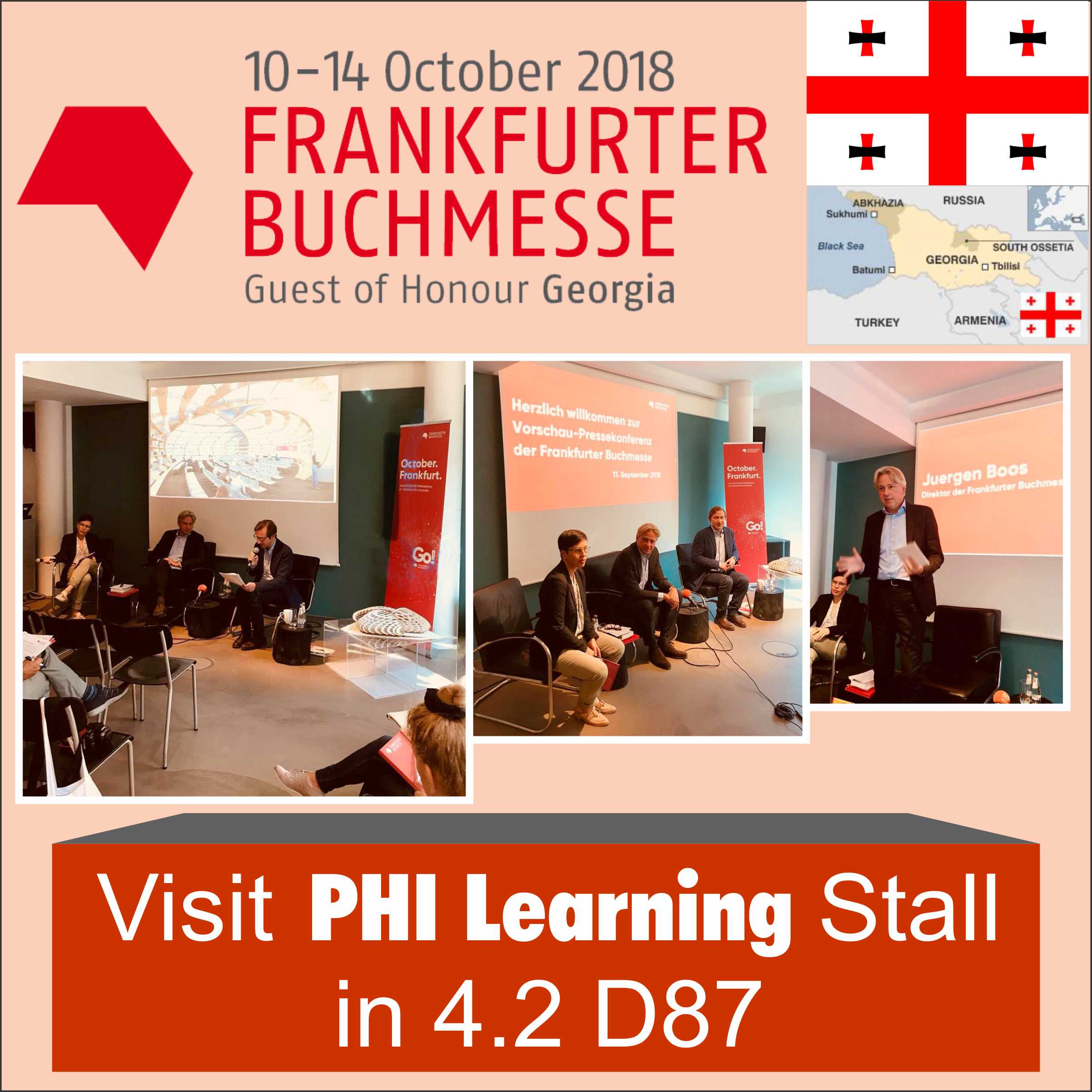 Frankfurter Buchmesse is the world’s most important fair for the print and digital content business, as well as an outstanding social and cultural event. And 2018 marks its 70th year running!

For five days, publishing experts, writers and cultural enthusiasts from all over the world come together at the fair in Frankfurt. After closing hours, the events carry on into the city of Frankfurt, too. There is no better place to make new discoveries than at Frankfurter Buchmesse. Meet your favourite authors, see countless celebrities, learn more about innovative technologies, and cosy up to world literature.

PHI Learning has been participating in the fair for a long time. This year also we are there at the fair in Hall No. 4.2 Booth No. D87 and look forward to see you.

PHI Learning recently participated in New Delhi World Book Fair 2017 from 7th - 15th January 2017. The Fair was organized by National Book Trust, India, an apex body of the Government of India, under the Ministry of Human Resource Development.

PHI Learning’s entire range of books was displayed with focus on New Titles for the visitors to go through. 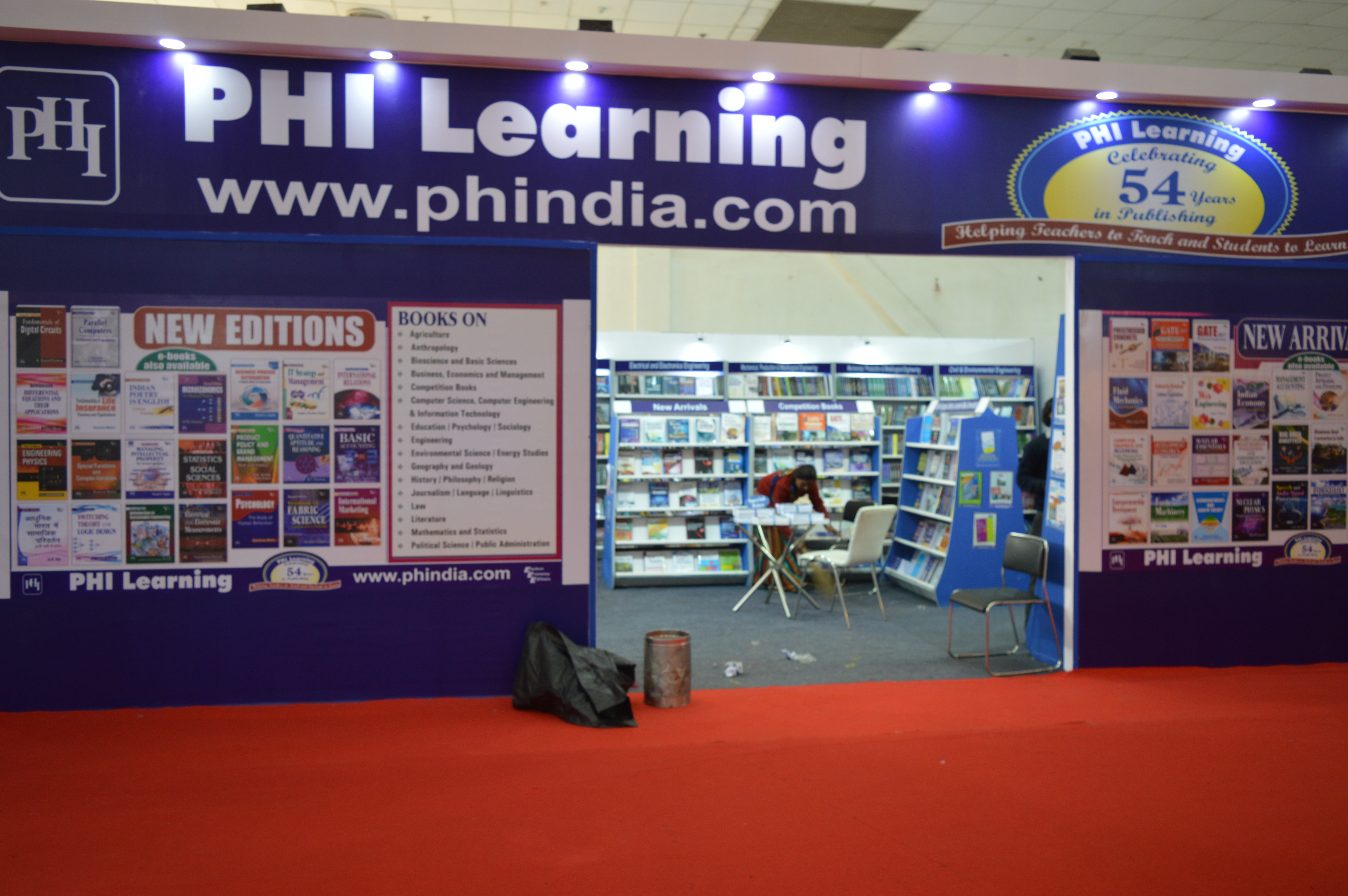 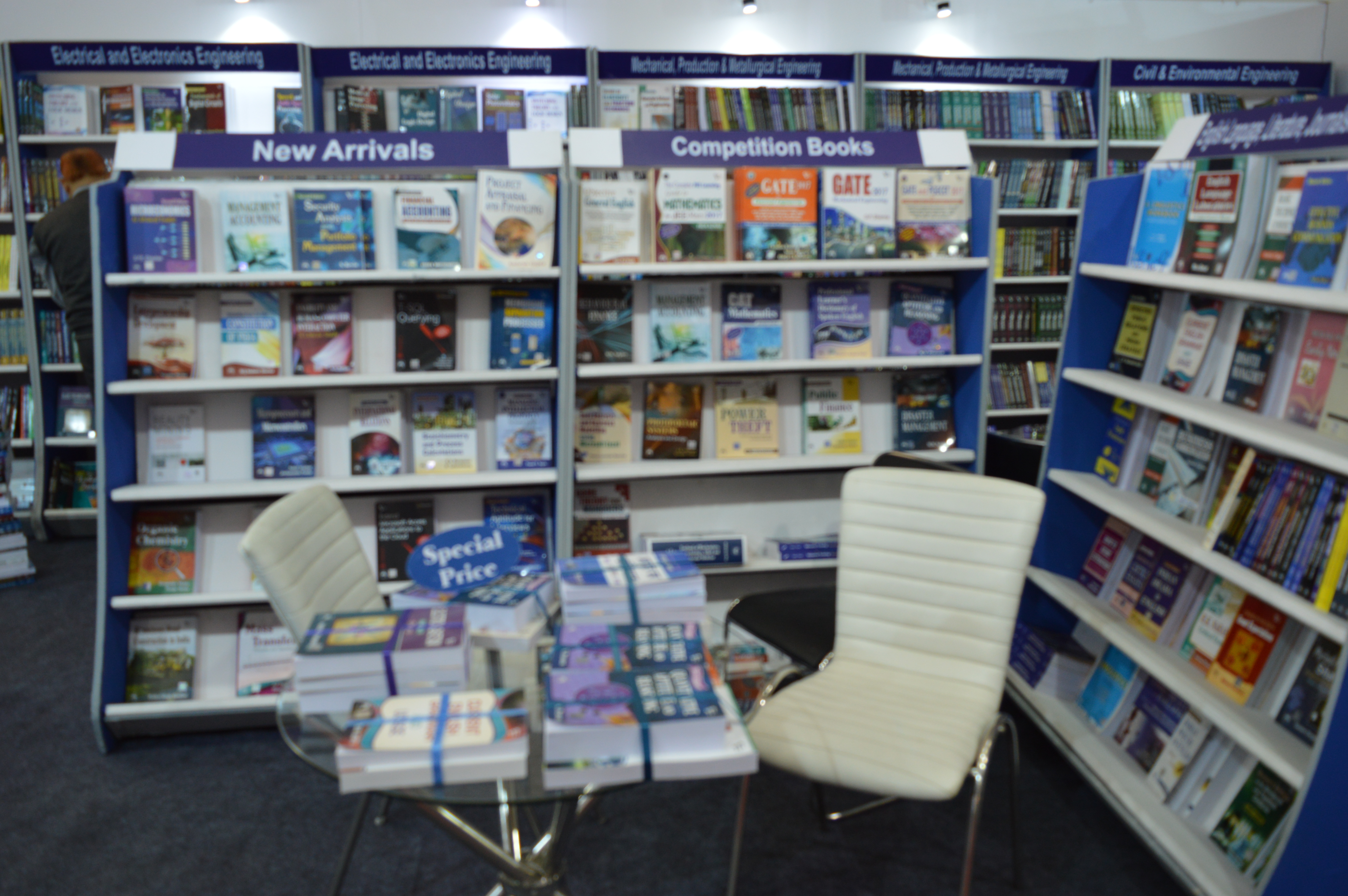 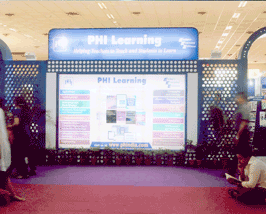 Delhi Book Fair is playing a pivotal role in reiterating the might of the pen and the printed word and has come to be recognised as the biggest annual cultural event and book bonanza keenly awaited by students, teachers, scholars, authors, intellectuals, librarians and book lovers. Apart from promoting literacy and reading habit, especially among children and youth, the fair present a vast panorama of books on wide range of subjects from India and Abroad. The fair provides a unique platform for business- to- business transactions, establishing new contacts, entering into co- publishing arrangements, translations and copyright arrangements, reprinting of old and rare books and also retailing opportunity to the multitude of visitors who come to visit the fair. 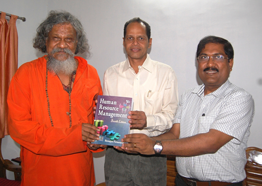 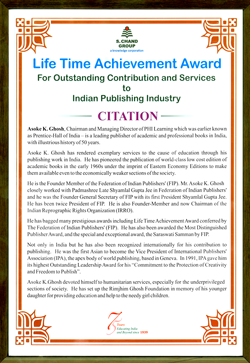 Mr. Asoke K Ghosh, Chairman and Managing Director, has conferred the Lifetime Achievement Award for outstanding contribution and meritorious services to the Indian Publishing Industry on 20th February 2014 at the 75th Anniversary Celebrations of S. Chand Group, a knowledge Corporation, Educating India and Beyond since 1939—founded by Padamshree Late Lala Shyam Lal Gupta jee with whom Mr. Asoke K Ghosh had the privilege of working very closely in the Federation of Indian Publishers as the Founder General Secretary of FIP when Shyam Lal Gupta was its First President.

Mr. Asoke K Ghosh has been bestowed with many prestigious awards including the Lifetime Achievement Award conferred by The Federation of Indian Publishers (FIP). He has also been awarded the Most Distinguished Publisher Award and the Special and Exceptional Award, the Saraswati Samman By FIP.

Mr. Asoke K Ghosh has devoted himself to humanitarian services, especially for the underprivileged sections of society and has set up the Rimjhim Foundation for providing education and assistance to the needy girl children. 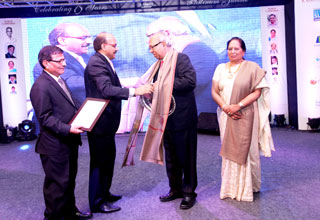 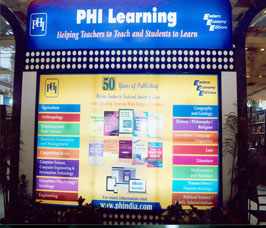 The Fair is organized by National Book Trust, India an apex body of the Government of India, under the Ministry of Human Resource Development.

Entire range of books was displayed with focus on New Titles ( Artificial Intelligence and Machine Learning, Financial Administration in India. etc.) for the visitors to go through. 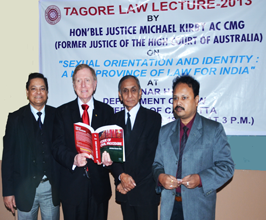 Book on Code of Civil Procedure by Jatinder Kumar Das launched by Hon. Michael Kirby AC CMG, Former Justice of the High Court of Australia at Tagore Law Lecture 2013 at University of Calcutta. 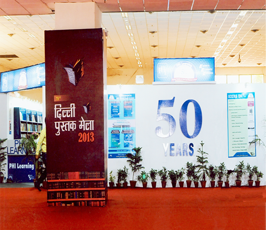 Delhi Book Fair is playing a pivotal role in reiterating the might of the pen and the printed word and has come to be recognised as the biggest annual cultural event and book bonanza keenly awaited by students, teachers, scholars, authors, intellectuals, librarians and book lovers.

Interview of Ms. Meera Raghavendra Rao in The Hindu 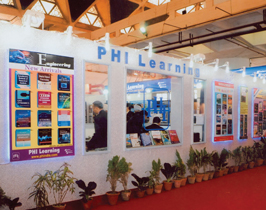 The Fair was organised by National Book Trust, India, an apex body of the Government of India, Ministry of Human Resource Development. 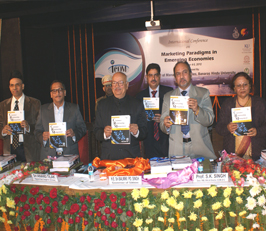 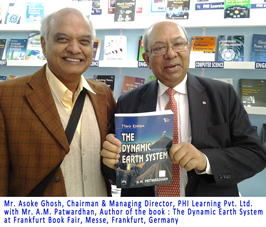 As the world's largest, even legendary book fair, Frankfurt is always exciting, innovative and very, very colourful. The Frankfurt Book Fair is an event of major proportions, consisting as it does of more than 3,200 individual happenings. 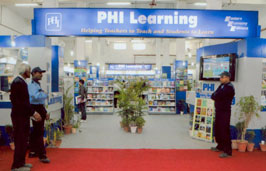