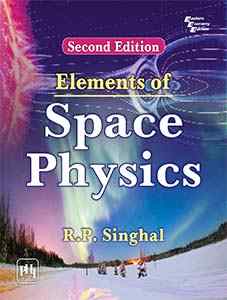 Primarily intended for the undergraduate and postgraduate students of Physics, Space Physics, Astronomy and Space Physics, Astrophysics, Engineering Physics and Earth System Sciences, this concise and systematically organized text covers all the essential aspects of physical and chemical processes in the planetary spheres. This book is an attempt to collect various topics of solar system and planetary physics at one place in a comprehensive manner. It describes the phenomena of planetary atmospheres, ionospheres and magnetospheres.

NEW TO THE SECOND EDITION

The second edition, while retaining the thorough coverage of the various areas of space physics—Sun and its emissions, basic characteristics of the planetary system, their interaction with solar wind and plasma waves, aurora and airglow, planetary atmospheres with special reference to their composition and temperature, cosmic rays and cometary physics, throws light on a new chapter on Diffuse Aurora that discusses resonant wave particle interactions, observations of diffuse aurora, ECH wave observations, whistler mode wave observations, pitch angle diffusion and magnetosphere–ionosphere coupling. The text includes mathematical derivations followed by observations on each planet which is supported by numerous figures and tables.

• Gives mathematical formulations in general, which can be applied to any planet.