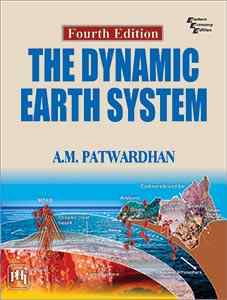 Addressed to the undergraduate and postgraduate students pursuing studies in the broad interdisciplinary field of Earth Science, this thoroughly revised book, in its Fourth Edition, is aimed at facilitating the comprehension between the pre-planetary history and the subsequent geological processes of the Earth system. This is done keeping in mind the current interest in exoplanets and the evolution of the life supporting crustal composition of the Earth, much different from that of the other planets, in terms of the Earth's internal heat, density distribution and the strong magnetic field due to the dominant presence of metallic Fe in its core. The new edition draws the attention of the reader to the different surface gravity features and the internal compositional structures of the Earth, Moon and the Sun acquired during the Hadean. Examples of lithospheric movements, rifting, subduction and the continued mantle-crust interaction from Indian and Southeast Asian geology would bring the readers close to interlinking these tectonic processes to the genesis of igneous, sedimentary and metamorphic rocks as well as to the episodes of mineralizations. Emphasizing these dynamic processes, the text focuses on the constitution of oceans, the causes of mass extinctions and the evolution of life forms, the biogeochemical cycles of elements, and also, on the life protecting ozone layer of the stratosphere, all unique to the Earth System. The student is sensitized towards the natural hazards of frequent volcanic eruptions, earthquakes, tsunamis, floods, and climate change besides explicating the threats posed by global warming, atmospheric and hydrosphere pollution, caused by the industrial emanations and indiscrete waste disposal.

• Each chapter is replete with examples, illustrations, tables and figures to make reading more fruitful and enriching.

• Chapter-end summary helps in recapitulation of the concepts discussed.

• Additional Reading provided at the end of each chapter directs the readers to the vast source of information.

NEW TO THE FOURTH EDITION

Considering the growing global interest in locating a habitable exoplanet like the Earth, and in exploring the Moon and the Mars, the present edition thoroughly updates the information about

• the geochemical processes, unique to the Earth System, that gave rise to the life supportive crust, oceans and the atmosphere.

• the role played by plate tectonics in forming the igneous, sedimentary and metamorphic rocks, mineral deposits, and also, in the evolution of life.

• the growing adoption of solar, hydro, wind and nuclear energy in power generation, and in management of clean environment.