Home > THE TRAGEDY OF MACBETH BY WILLIAM SHAKESPEARE
PHI Learning 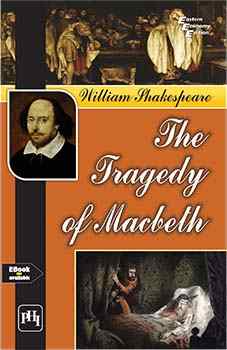 THE TRAGEDY OF MACBETH BY WILLIAM SHAKESPEARE

The Tragedy of Macbeth is the shortest tragedy written by William Shakespeare. Macbeth, the protagonist of the play, is portrayed as a successful Scottish general in the army of King Duncan. Macbeth, one day, gets politically instigated by a trio of witches that he would become the King of Scotland soon. Encouraged by his wife (Lady Macbeth) and taken over by greed and action, Macbeth murders King Duncan, and becomes the King of Scotland.

• Act-wise Scene-wise summary given at the end of every Act.

• Plot-wise Commentary given at the end of the text.

• Critical Essay explaining 'Themes that emerge out of Macbeth' and 'Under the Critics' Lens' have been provided.