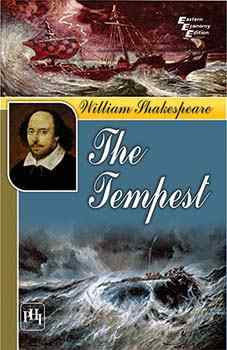 THE TEMPEST BY WILLIAM SHAKESPEARE

Performed variously as escapist fantasy, celebratory fiction, and political allegory, The Tempest is one of the plays in which William Shakespeare’s genius as a poetic dramatist found its fullest expression. Critics see The Tempest as explicitly concerned with its own nature as a play, frequently drawing links between Prospero’s art and theatrical illusion, and early critics saw Prospero as a representation of Shakespeare, and his renunciation of magic as signalling Shakespeare’s farewell to the stage.


The play is set on a remote island, where the sorcerer Prospero, rightful Duke of Milan, plots to restore his daughter Miranda to her rightful place using illusion and skillful manipulation. He conjures up a storm, the eponymous tempest, to lure his usurping brother Antonio and the complicit King Alonso of Naples to the island. There, his machinations bring about the revelation of Antonio’s lowly nature, the redemption of the King, and the marriage of Miranda to Alonso’s son, Ferdinand.

The play portrays Prospero as a rational, and not an occultist, magician by providing a contrast to him in Sycorax: his magic is frequently described as destructive and terrible, where Prospero’s is said to be wondrous and beautiful. The play is further critically analyzed through its two very important essays—The Other in The Tempest: The Case of Caliban; and Centrality of Prospero.